Fae/faer pronouns, we have many names but you can just use Deirdre or Luna. Ancom, autistic/adhd, vegan. Early 20s.This is a lewd account and we also vent on here a lot. BLM, abolish prisons.

Emergency: I'm out of weed

Are there any trans/enby people who'd want to play Splatoon 3? Currently I only have two people that play and I'd like more. I'm currently B- in all ranked modes though that's from importing splatoon 2 data so I sometimes feel that's a bit high. But I'm at least decent at the game. I don't care if you're lower rank I'd still be up for playing together I just kinda want more splatoon friends. Preferably 21+, definitely above 18. Just dm me or something if you're interested.

Ijm so excited for the new dhmis series. Might wait until I can download it somewhere to I don't have to deal with setting my vpn to be in the UK to watch it but yessssssss new dhmis content hyyyyype

Th-they won with the power of Soccer...

I just love the costumes. You can tell this is the first season cause some of these look like they got them from a halloween store.

I FINALLY beat the post game level. It was so hard >.< 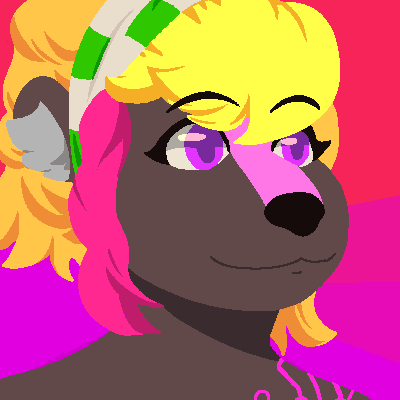 Cause really for me animal rights are a key part of my communist beliefs. If you aren't creating better treatment of animals then what's the fucking point? It's not just about humans it's also animals and the environment and all this shit.

Just to be clear, if you do eat meat or abimal by products I don't think you're just a bad person for that. There's a lot of complicated shit there. And especially if you live somewhere where you have no choice in the matter you aren't a bad person. But a lot of people do have a choice and you just choice to ignore it because thinking of the awful systems you're complicit in is hard. Obviously going vegan won't do much to stop those things, activism is important as well as just, revolution.

I'm wondering if I'm not talking enough about my veganism. I've gotten so sick of people's reactions to me being vegan that I don't even mention that the main reason I am vegan is for animals and the environment cause people react better if I say I just don't like meat or it's for health. But like, the reason I gave up cheese finally was cause if I ate a bowl of mac and cheese I literally considered killing myself because of the guilt over being complicit in that system.

Someday I wanna get high and play modded wii music with a buncha queers that sounds like something amazing. I'd be laughing so much I'd pass out x3

I played Really bad this match but wow, this sure was close huh? x3 One point omg x3

He also is an islamic creator so if you're looking for bipoc content creators he's someone you should check out. The algorithm isn't super likely to boost him so I hope this can get at least someone to watch his videos.

There's a youtube channel called Lost Futures that I really want to recommend people watch. His video on why Attack on Titan is fascist is a very good start cause it's a really good video that goes heavily into the specific form of japanese fascism the author takes and runs through the work through well researched history and such on the subject. But his videos in general are just filled with passion and it's a shame he only has a little over 1k subs.

Fae/faer pronouns, we have many names but you can just use Deirdre or Luna. Ancom, autistic/adhd, vegan. Early 20s.This is a lewd account and we also vent on here a lot. BLM, abolish prisons.